Orphan Barrel is the fifth offering in Diageo’s Orphan Barrel line. Forged Oak invokes the mythical Stitzel-Weller name but was actually distilled in 1997-1998 at the “New” Bernheim Distillery in Louisville, home to Heaven Hill, and is bottled in Tennessee. It is made from a mashbill of 86% corn, 7% barley, and 6% rye. 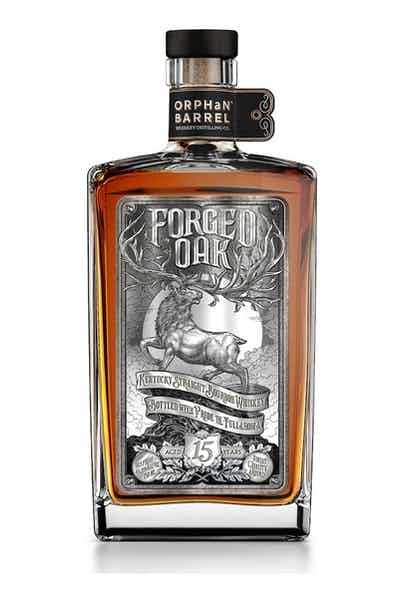 Nose: It has a campfire nose, lots of wood and spice with candied walnuts, licorice, dark red fruits, and crème brûlée under the initial oak attack.

Palate: On the palate, the oak and spice assert themselves but eventually give way to ginger, plum, orange bitter, tobacco, and coffee.

Finish: During the warm, lingering finish one finds orange bitters, and pepper.

Orphan Barrel Whiskey Co. was started to share barrels of rare whiskey, hidden away and forgotten in the back of rickhouses and distilleries.

**Local retailer states either in stock or in route to location. Usually ships within 1-4 days. (Mon-Fri) Longer than usual processing times may occur during the Holiday Season. The entire network of licensed retailers continue to work effortlessly fulfilling orders as they are placed however due to COVID-19 regulations some delays may occur. Select items may become backordered due to current high demand and will ship out upon arrival. Please refer to our terms of service and cancellations & returns policy.