Country music star Brad Paisley is doubling up on his whiskey with the launch of his American Highway Reserve Route 2, his second bourbon release done in partnership with Bardstown Bourbon.

Each “Route” is a new whiskey journey, according to the brand. American Highway Reserve Route 2 is made up of three mashbills including 12 and 4-year-old Kentucky straight bourbons complemented by 8-year-old bourbon sourced from Georgia, blended to create a distinct flavor profile following a final aging aboard the “rolling rickhouse.”

The Route 2 batch toured the country along with Brad Paisley during the summer of 2021. 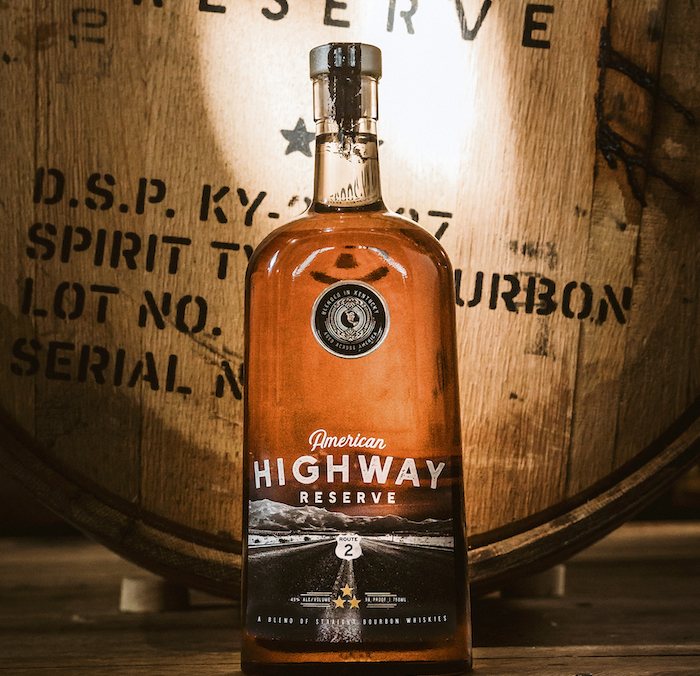 “Bourbon is like a song … the more life it has lived on its journey, the deeper the story, the richer it becomes,” Paisley said in a prepared statement. “This second batch has seen more miles. I think you will be surprised at the unique character a different journey created.”

Paisley said that for him, it’s always been more than putting his name on something. He wanted to find a partner with which he could shape the whiskey every step of the way.

In partnership with Bardstown Bourbon Company, Paisley touches every aspect of the product from the selection of barrels, the aging and the final blend, working closely with Bardstown’s VP of new product development, Dan Callaway.

“It’s been a fun journey so far and we’re excited to see where the next Route takes us.”

The distiller’s notes show that aged notes of charred oak and leather combine with baked apple and almond on the nose with this whiskey. Toffee and cinnamon take the lead on the palate leading to a complex finish.

American Highway Route 2 clocks in at 98 proof and has a suggested retail price of $100. About 10,000 cases will be available in 20 markets across the U.S., and online through

Located in Bardstown, Kentucky, the distiller creates custom whiskey, bourbon and rye for more than 30 different brand-owners worldwide. The mash bill statistics for Route 2 are: